Following my announcement at the end of August, I’m very pleased to share that “The Shift” has been published in Issue 41 (Autumn 2021) of The Colored Lens. You can read the first few paragraphs of my story below before rushing over to buy your copy of the issue. But first, here are all the stories you’ll be getting for your money:

On the drive home after dinner out with his family, Jesse Sonat reflected that the hobby–obsession, his wife said–of the Jesse Sonat of this world was one of the best he’d encountered: buying rusted classic cars at auction, fixing them up, and selling them at a significant profit after enjoying them himself for a while. He drove the beautifully-restored ’66 Porsche Leverett under the moonlit sky, his wife in the passenger bucket seat, head resting on her arm as her reddish-brown hair waved in the wind from the open window, their daughter in the back seat singing along to the Raffi songs incongruously playing out of the booming bass speakers of this mechanical wonder.

He drove slowly, given the road conditions, but infuriating the pick-up truck that repeatedly sped up to within kissing distance of his bumper before backing off again.

Staring in the rearview, he began to say something to Leslie about the truck, when the tires slipped out from under his control, the car spun, and the headlights of the F-150 made him shield his eyes reflexively just before the two cars slammed into each other.

He tried to scream out—No! Not with them!—but he’d already slipped away from that world.

Read “The Shift” in Issue 41 of The Colored Lens. 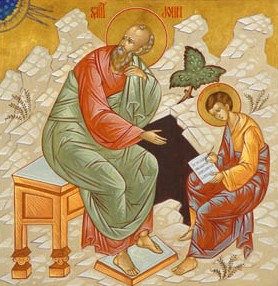 I recently finished reading Bart Ehrman’s book Did Jesus Exist?: The Historical Argument for Jesus of Nazareth. There are things to like […]

For the B Cubed Press anthology Alternative War, I submitted for consideration my short science fiction story “B Company,” about a commander […]

If you haven’t yet heard of a TV show called “Chuck,” do yourself a favour: get your hands on Seasons 1 and […]

A few days ago, I hinted at some news in the works. Today I’m very pleased to announce that one of the […]