This summer, I decided to take stock* of the cover art for my published books and see if I wanted to make any changes. Turns out I did feel I could improve on some of my books’ covers.

The first change I made, for my short story “The Redeyes,” was quite drastic:

Next I turned my attention to my novella The Last Adventure of Garrius Arilius. I scrapped almost the entire design and started over:

For my collection of short stories The Lost Stories: A Series of Cosmic Adventures, I made a few tiny tweaks. Actually, the very first version used a beautiful Hubble telescope image as the background, but I didn’t think it accurately reflected the book (especially its comic element). So I redid the cover almost immediately, and apparently I liked it enough that during this summer refresh, I kept it pretty much the same.

The Lost Stories: A Series of Cosmic Adventures (eBook)

The Lost Stories: A Series of Cosmic Adventures (Paperback)

That left two books—my short story collection Ooter’s Place and Other Stories of Fear, Faith, and Love and my novel Father John VS the Zombies—and my short story The Man Who Mistook Himself for a Superhero. I like all three covers enough to leave them alone for now, and especially Father John since I’ll update the cover anyway when I release the sequel.

So that’s it for this edition of the summer cover refresh. Let me know if you think the new covers are an improvement over the old, if you like them, hate them, or have any suggestions to make them better.

* Pun intended if you thought that was funny. Otherwise, I have no idea what you’re talking about.

I love reading other writers’ success stories. Since every writer starts at the same place (the bottom), their story is usually a […]

I’m thrilled that my story “Christmas in Apocalypse” will be appearing in Mysterion, the magazine of Christian-themed speculative fiction, very soon (you […] 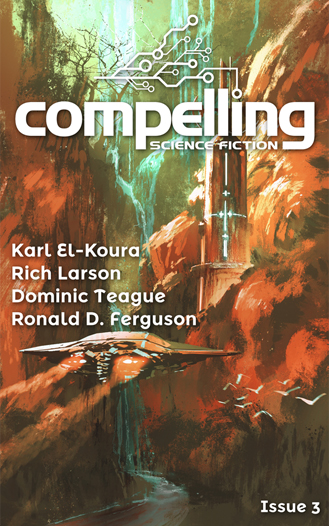