Her father, Bruce Palimani, busy forming meatballs for dinner, said, “No one knows the future, my heart.”

The next day, or a few days later, Sandy let her hands drop to her lap while practicing piano and told her mother the same thing about Ali, turning her small, round, serious face to Ana.

“Try ‘kissing Fireman Fred’ one more time,” Ana said, used to Sandy’s distractions and refusing to fall for it.

“Dinosaurs aren’t real,” Bruce said, reflexively. Then, catching himself by the look Ana gave him across the table, he said, “Well–they were real. They died out. There’s no dinosaurs around now–except in museums. They’re not going to a museum, are they?”

“No, we’re not,” Sandy said, focused on her plate, tiny hands working the small spoon to pick up more butter chicken and rice than she could reasonably fit in her mouth. “But we’re going to see dinosaurs–Ali says.”

“Yeah,” Ana said, then turned over to turn off the light.

This Friday (July 29), Indie Books Blog will feature a very short interview with me on Ooter’s Place and Other Stories of […] 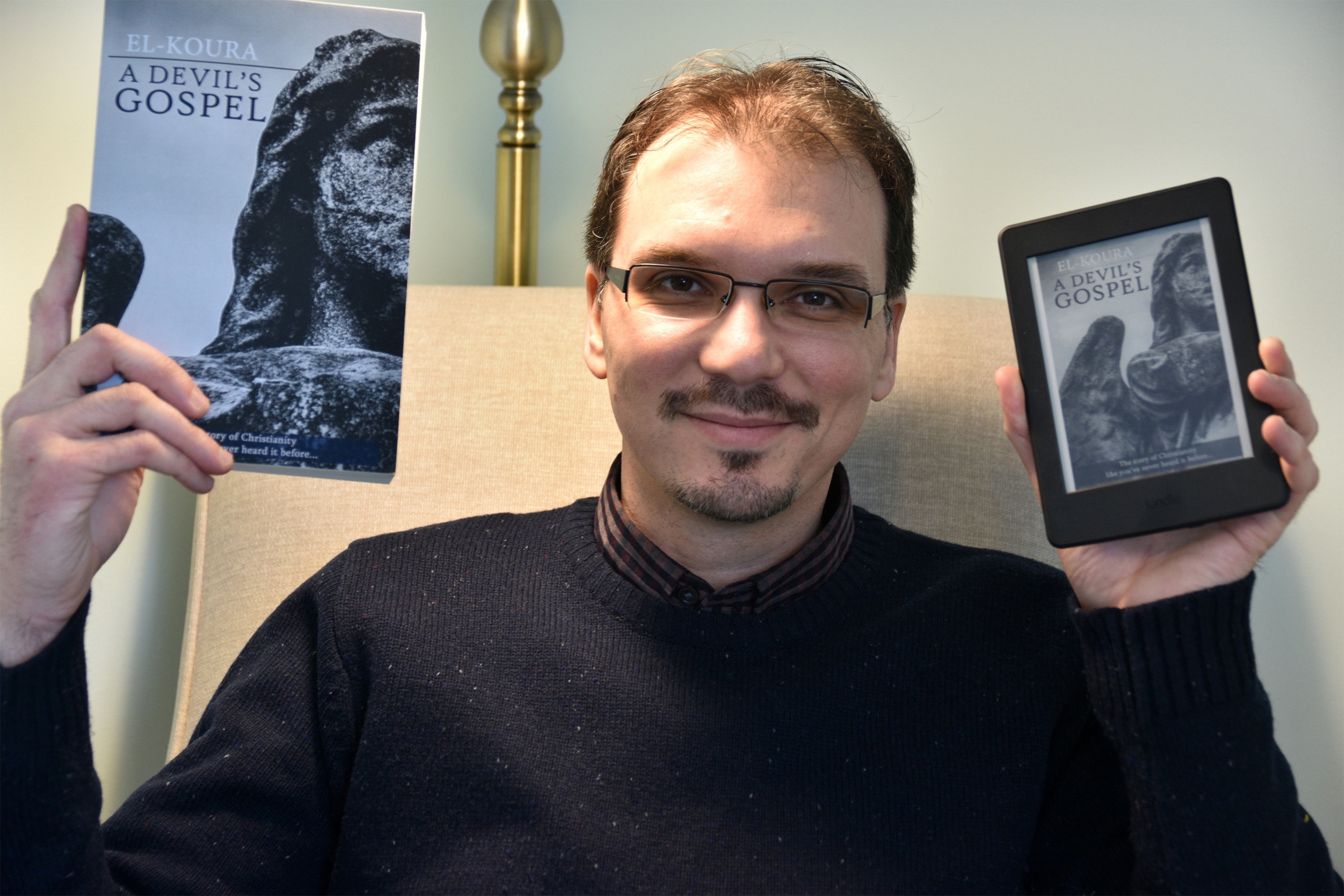 I’m very pleased to announce that the ebook of A Devil’s Gospel is now available for pre-order at the following fine retailers: […]