Before several high-profile cycling accidents and enough close-runs of my own changed the focus of the last few bike logs to safety, the initial ones were all about the benefits I was delighted to find by cycling to work.

As I remarked in a previous entry, one of those unexpected benefits was how much fun I was having by cycle-commuting. In this entry, I want to mention another unexpected benefit: the great sense of satisfaction I get from identifying and fixing a problem with my bike, especially when I compare that to experiences with my car. If almost anything goes wrong with my car, the most I can do is sigh and bring it to the mechanic. But nothing so far has gone wrong with my bike that I couldn’t fix myself. One of my plastic pedals broke; I replaced them with steel ones. My brakes were too loose; I tightened them. On my bike, I can replace a flat tire in five minutes; it takes me longer to clean my fingers after reattaching a chain that’s fallen off than it does to actually fix the chain. Everything is also relatively inexpensive with bikes, so a flat tire will usually cost a few bucks to fix (if you’re just replacing the inner tube) and, for most consumer bikes, less than $50 even if you’re replacing the whole wheel.

As cars get increasingly complex (so that even independent mechanics throw up their hands because they don’t have the sophisticated equipment they need to diagnose problems on the latest and greatest cars), isn’t it downright refreshing to have a means of vehicular transportation where one can fix most problems oneself? And though bikes are much simpler than cars, my bike often outpaces cars that are stuck in traffic. In fact, if I’m pushing myself I can do 25-30 km/hr on roads and even reach 40-50km/hr when gravity is helping me down slopes. How do I know? Because I have a sensor on my wheel and a speedometer on the front of my bike . . . which I installed myself, of course. 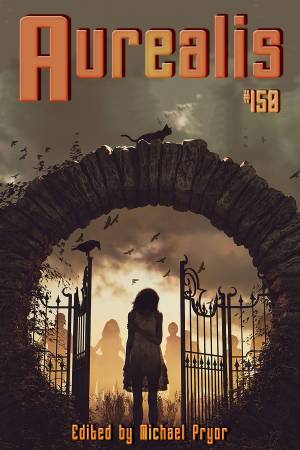 Publication news! My short story “The Wormtail Invasion” is now available in Issue 150 of Aurealis. You can buy the issue if […]

On March 17, I shared the cover I did for the draft of A Devil’s Gospel. The cover image is of Rublev’s […]

Before I go into what I think writers should be aware of before working with Creation House / Charisma Media, let me […]