A Devil’s Gospel is dedicated as follows:

To my dad, the priest of our “little church”

It was important for me to dedicate this novel to my father because he was critical in the development of my faith, though in subtle ways. I have very clear memories, for example, of my dad reading the Bible every night in bed (he often read out loud so my mom could hear). While I was growing up, every Sunday morning he would go downstairs to our icon corner and pray, then bless the house with his censer. Every Sunday, he and my mom would go to the Divine Liturgy (we, his children, refused to go for a long time, and though they tried to insist at first, they eventually stopped). He fasted every Lent and throughout the year (he never forced us to do that with him either). He turned to God when faced with adversity and, a rarer quality, turned to Him with gratitude when things were going well. He forgave freely, reaching out in love (sometimes again and again) to those who hurt him or even despised him.

As a teenager, I often argued with my dad over matters of faith (I think usually just to provoke him). But he was never provoked; he’d calmly state what he believed and was content to let me think things through on my own and in my own time. For a teenager who thought there was nothing more important in a debate than proving your position was the right one, that kind of quiet self-assurance about his faith spoke louder than any arguments could have.

This idea of making one’s home a little church comes from the great St. John Chrysostom, and both my dad and my mom took his advice to heart. In addition to the things I’ve already mentioned, their house was always open to our friends and they were constantly hosting people for dinner. They also filled their home with beautiful icons and crosses in every room.

And now that their kids are grown up and have kids of their own, that example of hospitality, of adoring God, of turning to Him in good times and bad, of participating in a community of faith, of placing prayer at the center of one’s day, of loving forgiveness, is being passed on to a whole new generation.

March 25 is here already, and my new novel Bishop John VS the Antichrist is available just about everywhere ebooks are sold. You can […] 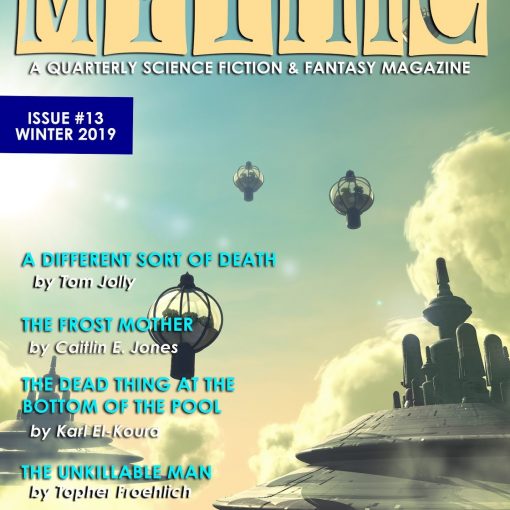 Ooter’s Place and Other Stories of Fear, Faith, and Love is a collection of 13 of my short stories. Twelve were previously […]

On Wednesday of this week I revealed my new novel’s table of contents, and I also said that one of the great […]

2 thoughts on “A Devil’s Gospel: Dedication”