I’d be hard-pressed to find an expression more commonly misused by otherwise careful writers and speakers than the expressions I’m sometimes faced with when an agnostic or atheist friend discovers that I’m Christian. “But how can you believe in Christianity when there isn’t any proof for it?” they’ll say or write. Or, “Well, I believe in science, because it has a lot of proof going for it.”

I hope you can see right away that something is amiss. “Any” proof? “A lot of” proof? Proof can’t be quantified; there either is proof or there isn’t proof. One argument can’t have more or less proof than another; that would be like claiming of two turnips that one is more of a vegetable than the other.

The problem here is the misuse of the word “proof” when the writer or speaker clearly means “evidence”; this is obvious in that the confusion immediately disappears when the proper word is substituted. You can have a lot of evidence, or none at all; one argument may certainly be supported by more evidence than another.

Not long ago, this confused expression came up on a writer’s blog I sometimes read, where the author seemed to imply that faith is irrational because it is belief without any proof. I pointed out that the two words can’t be used interchangeable, and wrote:

No one with any intellectual honesty has any faith without evidence. Christians, to take the example you’re using, have plenty of evidence: almost two thousand years ago, a man claimed to be the Son of the living God. According to certain people who knew Him, He performed great miracles, culminating in the greatest miracle of all: He died, but returned to life three days later. Christians have the evidence He left behind in the form of a Church of witnesses who were willing to die for their beliefs, a Church that has survived and thrived for two thousand years. There’s also the powerful evidence anyone can have (and millions of people have had, and have left records of their experiences) of a personal encounter with this living God.

I can prove, granted a few basic assumptions, that 2 and 2 make 4. But I can’t prove that the world really exists, or that tomorrow I won’t wake up and find I’ve turned into a giant bug, or that my family and friends really love me. It’s just that all the evidence is stacked in favour of the world really existing, that tomorrow I’ll wake up and still be me, and that my family and friends do love me.

You may think the evidence for or against a position suspect or unconvincing; you may think the evidence on one side so overwhelming that that position is basically proved. Nevertheless, evidence is one thing and proof another. “How can you believe in Christianity when there isn’t any evidence for it?” is a loaded question, but at least it’s not confused. “I believe in science, because it has a lot of evidence going for it,” is a bit bland, but at least it’s not confused either.

This confusion isn’t always stacked against people of faith, of course. The theory of evolution, to take a common target, is attacked by certain people as not having yet been proved. The fact is that no scientific theory is ever proved, because science doesn’t deal in that kind of currency. All scientific theories are provisional and can be modified, extended, shrunk, or dismissed entirely in light of new—wait for it—evidence.

In science as in religion, you must weigh the available evidence and draw your own conclusions. There may be so much evidence that you’re left with no reasonable doubt about an argument or theory’s truth or falsity; or there may be only enough evidence that you’re willing to accept something as likely true or likely false. Either way, evidence is one thing and proof another, and an intelligent, careful writer would not want to confuse the two.

First of all, I hope all my neighbors in Ontario and Quebec have safely survived the storm that roared through our provinces […] 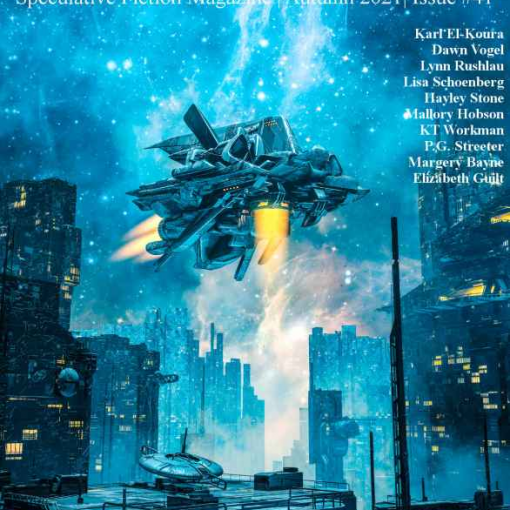 As a writer, I’m interested in the ways language is used (and abused), and especially with expressions that make no sense. From […]