My short story “Macbeth Undone” is now available in the Cloaked Press anthology Spring Into SciFi 2022.

The full table of contents is:

And here’s a sneak peak at my story:

On the lowest deck of the planet-sized spinning spaceship The Orb, in a small room, underneath a flickering light that made an intermittent buzzing noise, three of the ship’s probabilistic analyzers met and spoke together. On the upper decks, one part of the ship’s crew fought another part. The loyalist crew had an average of seventy-eight percent chance of subduing the mutiny, according to the three.

“When shall we meet again?” the first said. He liked being in the small room–everywhere else on the ship, one’s movements and speech were tracked by an endless array of cameras and microphones, the data-stream pumped directly into the brains of a bank of analyzers, whose identities and number were unknown to all but the captain, most likely. But here, in this small, forgotten room, they’d found freedom–to speak one’s mind, free from prying ears and eyes. But it was important not to spend too much time here, or visit the room too frequently, for fear that the omission would be discovered, leading to surveillance equipment being installed even in this distant, almost buried room where even the power systems seemed to struggle to reach.

“We should go,” the first said. “My terminal calls to me.”

“And to me,” the second said. An analyst plugged herself into her terminal so that there was a direct link between one’s cerebral cortex and the terminal’s processing unit. Being unplugged for too long left her feeling . . . incomplete.

They went out of the room one at a time, got into separate lifts and flew through the decks until they reached their respective levels.

Read “Macbeth Undone” by buying your copy of Spring Into SciFi 2022.

One of the shortest pieces I’ve written (a wee 300 words), “Your Attention Please” is today’s featured story at Daily Science Fiction! […] 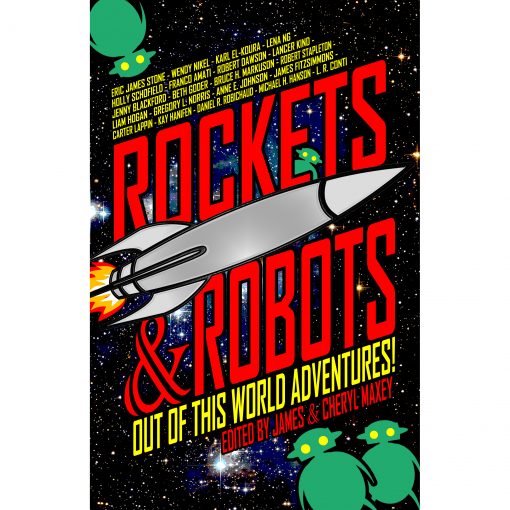 After I published my previous bike log, in which I begged motorists to be more careful around cyclists and to do a […]